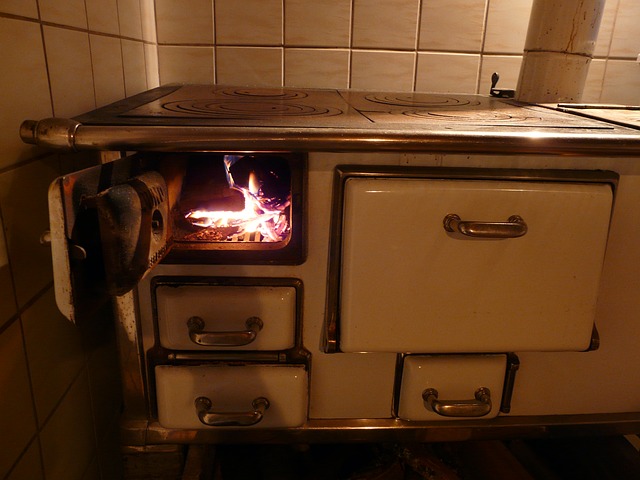 Admit it, a kitchen fire is anyone’s worst nightmare. Rushing towards your kitchen watching it engulfed in flames can cause anyone’s heart to stop. And even though panicking is a natural response to such a situation it is important to know what actions to take when such incidents happen. Here we’ll figure out how to stop a fire in the oven.

More often than not kitchen fire originates from two places stove and oven. While stove fire is an entirely different matter, we’ll discuss what your approach is gonna be when you encounter a fire that originates from your microwave oven. We’re assuming you’re equipped with smoke detectors, so if you haven’t done this yet make sure to do it right away.

Whenever a victim is hurt, three out of five times it is due to the victim fighting the fire themselves. So always remember to get some help if possible.

What Not To Do

Yes, you heard that correct! Most of the time, people make this split-second mistake and use water to put out a fire in the oven which costs heavily in the end. Various firefighting tests were conducted and it was concluded that it only makes matters worse as pouring water can cause the flames to erupt.

Because when water is poured, it causes the oil to get mixed up. And thanks to the splash effect it spreads fire in the process because the grease particles get into the water droplets.

2. Don’t move the inside pan that’s on fire.

Moving the inside pan can be dangerous for mainly two reasons. It can be unsafe to handle and can fall off thus doing even more damage, and when you move it you’re giving it more air thus allowing the fire to grow and erupt even more.

It is never a good idea to use an oven that is past its expiry date. People have been using ten year old ovens which is dangerous. It is in your best interest to use ovens which are well within its warranty period.

The first step towards controlling fire is preventing something even more hazardous. So turn off your electricity of the room and unplug your oven. You have to avoid this during night time as then you won’t be able to see properly to counter it. But in any case, you have to turn off the plug to allow your oven to cool down.

Because fire needs oxygen to thrive the smart thing to do is to keep your oven closed to allow the fire to die down on its own. This works well for small fires that are not gonna break the glass and threaten you even more. Kids in the house can follow this approach when alone, as you don’t want them to try complex ways and thus hurting them in the process.

3. Baking soda to counter a fire

Ahh, here comes the hack you were waiting for! Baking soda is widely used to counter fires but it is effective only when a fire is small as you would need a humungous quantity of it to counter a larger fire.

This should always be the last resort as it would contaminate your kitchen and later on, you’ll have a few tough hours ahead cleaning up the mess.

A Class B dry chemical fire extinguisher can be used to put out such fires. And remember to stay 6-8 feet away from the fire when using it. You can buy one here.

Unfortunately, even with all the knowledge and methods that are out there to counter kitchen fires, there comes a time when you have to say enough is enough I cannot handle it myself. When a fire goes out of hand it is in your best interest to move out and call 911; let the experts handle it for yourself.