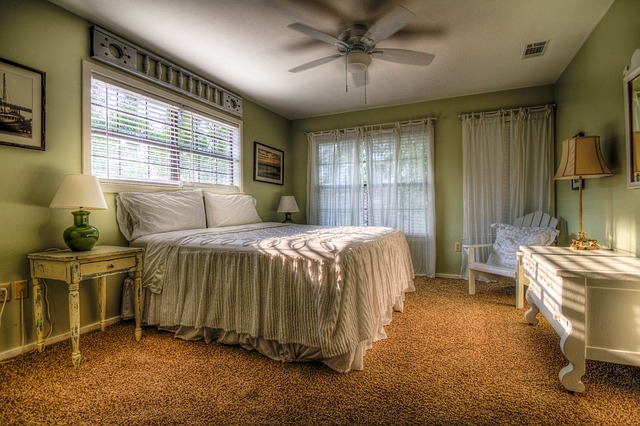 To give you a definite answer we will take some help from NFPA’s experiment; where they have gone to great lengths trying to figure out a solution to this problem.

Basic knowledge suggests that smoke detectors in a bedroom should at least be 36 inches(3 feet) away from the tip of the blade of a ceiling fan.

Based on experimental results, it can be proved that a ceiling fan will not prevent smoke from entering the alarm. Also, fan direction doesn’t matter particularly if the detector is located 3 feet away from the tip of the blade.

However, with that being said a fan when operating will cause a delay in detection. Generally, the faster the fan speed the longer the detection.

Also, the location of the detector doesn’t matter a lot barring a few exceptions.

So as we can make out, you can sleep tight as the ceiling fan will not completely stop the detector from detecting. Although it may slow down the response time a little bit.

Smoke Detector Location In Your Bedroom

Different locations were tried out to determine which is the best possible one for a smoke detector. However, it was concluded that there is no prescribed position where the detector will work best when installed as long as you follow the 3 feet rule they mentioned.

So after thoroughly analyzing all aspects of the experiment; we can safely assume that the location of the smoke detector doesn’t matter as long as you’re following the three feet rule.

Also, if you’re looking to buy a smoke detector here’s what we recommend, make sure to check this one from First Alert.