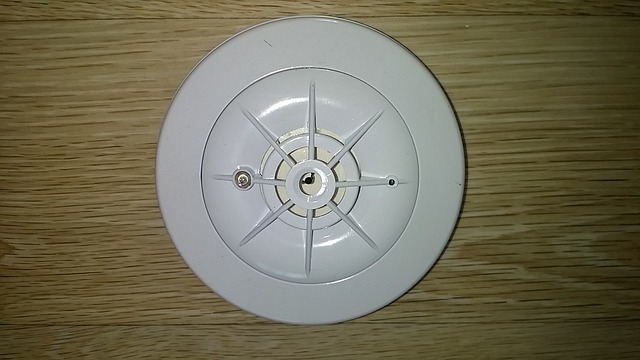 We know you have probably sat back and wondered, “What is that device sitting in the corner? Oh, that’s the smoke detector”. The history of smoke detectors goes back by more than 100 years and we’ll discuss that history in our blog.

It’s fascinating how a little plastic device can save the lives of many. One could make the argument that the smoke detector is one of the most revolutionary inventions of the 20th century. Just think, hundreds of years ago if your house or apartment caught on fire, you would be out of luck. Fire departments wouldn’t be able to respond promptly and a bucket of water can only impact the dangers of a fire at a minimum. Luckily, we have come a long way and smoke detectors have saved many lives.

It has been reported that:

So who is the person behind these devices? Well, quite a few.

You’ve probably looked up at that device in your living room and wondered, “Who exactly came up with such a bright idea?” Well, just know that the history of the smoke detectors goes back to the year 1915. You heard that right, 1915. Whether you believe it or not, people living in 1915 could expect that if their home caught fire, they’d have almost a one in ten chance of that fire destroying their house and killing them.

Luckily for us, one hundred years later, those statistics have dropped immensely. Now, people living in the 21st century can expect a one in one hundred chance of dying from a fire in their home or apartment. The key change came with the invention of the smoke detector. This is in line with other security inventions like a video doorbell, other home security systems, and so on.

The smoke detector may seem to be a very recent invention but it’s actually over a hundred years old. Smoke detectors are around since the late 1890s. The first man to patent the smoke detector was George Andrew Darby in 1902 in Birmingham, England. Twenty years later, Swiss physicist Walter Jaeger invented the carbon monoxide detector- a detector that can sense poisonous gas.

Evolution Over The Years

It was hard for an ordinary person to afford a smoke detector. The first smoke detectors were extremely expensive and almost only exclusively for the rich. Then came Duane Pearsall, the man considered the “father of smoke detectors”. He and collaborator Stanley Bennett Peterson developed the first practical home smoke detector. It was called the “SmokeGard 700.”

The SmokeGard 700 was made of fire-resistant steel and other items that were fire-resistant. What made SmokeGard 700 so revolutionary was the removable and replaceable battery that made its operation cost-effective. Early studies in the 1960s proved that smoke detectors responded quicker to fires than fire detectors.

Development and distribution of smoke alarms were becoming competitive as contractors and home builders began including smoke alarms in their work. As of November 2013, it’s estimated that smoke alarms are installed in 96 percent of U.S. homes and 85 percent of UK homes. An amazing fact is that 30 percent of these alarms are estimated to not work, thanks to aging, removal of batteries, or failure of the homeowner to exchange dead batteries.

You should be thankful that such great men came up with such a bright idea. Without the smoke detector, our lives would be turned upside down due to the slightest incident involving fire.