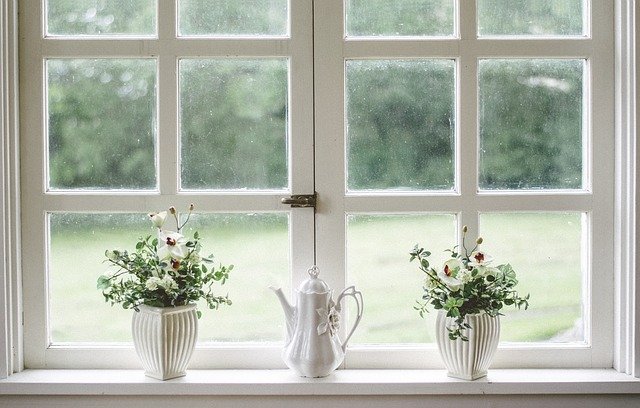 Alarm sensors play an important role in home security systems. With advancing technology more & more types of sensors are being developed. We’ll dig deep into this section and learn about different types of window alarm sensors.

There are a lot of different sensors in place for doors, windows, and whatnot, but here we’ll focus solely on Windows alarm sensors.

The alarms vary in their modus operandi and are installed mainly by the choice of their respective homeowners. The more expensive and sensitive ones are generally better although there are still a lot of old practices that are cheaper and still in use.

One of the most popular and well-used sensors out there. They are used widely for both doors and windows to detect glass shattering movements. The more recent ones can detect even minor movements on the glass with extreme precision.

One of the key things which makes this sensor widely used is the fact that it is working all the time. This means it provides round the clock security from outside intruders.

Because this works well in picking up even minor vibrations on the glass, sometimes this is also the cause for false alarms. This can be fixed by opting for sensors that catch the frequencies on the glass to determine whether someone is breaking in or not.

These sensors are different from the traditional ones that rather works on the principles of glass vibrations. Due to which a lot of times false alarms can be triggered due to some inside as well as some outside interferences that are harmless.

If you’re looking for a glass break sensor you can look out by clicking this link.

A traditional magnetic switch alarm works the way you expect it to work. Here the magnetic switches are used to detect the opening of windows. Though not as widely used as glass sensors these do have their place.

Earlier magnetic switches were becoming obsolete as intruders were easily able to trick the whole system. This was done by placing a magnet next to the switch and easily trick the switch to open the window.

This flaw was countered by more recently available switches that take this into account. The newer switches work on the principle of magnetic fields but are smart enough to identify when someone is trying to trick the system. The same trick as mentioned above if used on the newer systems results in the alarm to alert the homeowners.

Magnetic switches may be surface mounted or they may be better if they are concealed. Although the surface mount is widely used because it is a bit cheaper than concealed which is both better & expensive.

The choice of having these switches may depend on the budget. If more is spent there are various types of balanced & concealed magnetic switches that provide better protection than the cheaper ones.

Photoelectric technology for beam sensors is widely used as they are cheaper. Since the alarm will only go off when someone physically goes through it. This sensor eliminates the possibility of false alarms that are often an issue with other sensors.

But, one issue with these sensors is their performance in extreme weather conditions. When the weather isn’t good it can seriously impact the signal transmission and the alarm might get affected without you knowing it.

Infrared (IR) break-beam sensors are also used for beam sensors. Beam sensor alarms require a constant power supply to work round the clock. Beam sensors work on the light principle. So when a physical object is passed between an emitter & receiver the obstruction in the light intensity will cause the alarm to sound.

Perhaps the most commonly used sensor around the world. The working of a motion sensor is really simple. They are further subcategorized based on the sensor technology they are using. A motion detector at any point may use several different factors to determine motion detection.

Dual element sensor is popular due to the fact that they use several technologies at once. And are thus better performing than single element sensors. Not only that but the margin for error is less in dual sensors so the problem of false alarms is effectively tackled by them.

Single element sensor have their limitations because they are dependent on a single technology. Hence false alarm is more of a problem in these.

Not only these but several different detection technologies are popping up every year. Due to which alarm sensors whether it is in windows or doors are getting improved.

Many prefer glass break sensors as the best as they are widely used. Some may prefer a combination of different sensors for the best protection.

But, no particular sensor is 100% safe if that’s what you’re looking for. Most of the time it is not the technology that gives up but it is rather some external factors that bring their downfall. The biggest challenge is the constant external power supply, which should be provided 24/7 to most of the sensors as without them their functioning will not be possible.