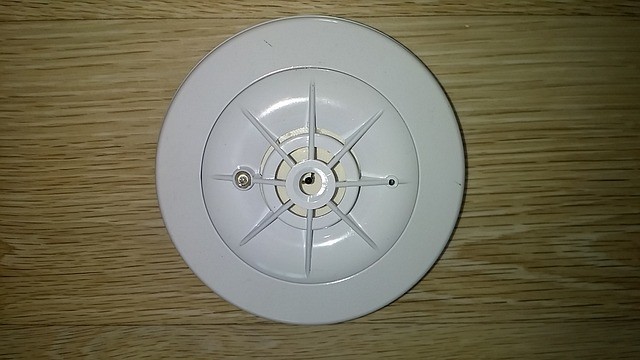 Smoke detectors are one of those security devices that are quite popular for regular use. Whether at home or offices people don’t take a second look at these devices as they are everywhere we go. This is exactly the reason why it is now being used widely as a hidden camera. Now how to tell if a smoke detector is a hidden camera you might ask?

Well, the answer lies in the proper observation of a smoke detector and looking at the nuances to get to know if there’s a hidden surveillance cam or not. These are hollow devices with a camera fitted on the inside. From the outside, it may look like a smoke detector but it’s not.

Clues To Check If A Smoke Detector Has A Hidden Camera

When you observe a smoke detector that has the below-mentioned traits, then it is advisable to check them for a hidden camera.

If It Is Hardwired

You may already know already that these chirping smoke detectors are either hardwired or battery operated. Smoke alarms that are battery-operated have a very less chance to contain a hidden camera. This is because any continuous recording will consume power indefinitely.

This power supply can only be supplemented if the device is hardwired. Thus, a hardwired smoke detector should be checked for a possible hidden camera. Remember that a steady power supply can help the camera to record video footage indefinitely. Which is something not possible for a battery-operated device.

But this doesn’t mean that smoke detectors that are battery operated can be ruled out entirely to have hidden cameras. But if it is hardwired you definitely should take a look.

Lens Can Be Seen By Naked Eye

This is another great indicator that can lead you to a hidden surveillance camera. The whole purpose of a hidden cam disguised as a smoke detector is to record footage. So more often than not the lens can be seen by the naked eye.

This lens can be identical to a mobile phone lens or it may be a very small pointed dot on the detector itself. Brighten the room or point a flashlight to the smoke detector to inspect it. On doing so you’ll notice the lens can look like a small black dot.

The reason being it can cover the room for surveillance from a completely different angle. An angle that is much better than a ceiling-mounted device. So it is wise to inspect for a cam if you see a smoke alarm mounted this way.

Use A Anti Spy Detector To Help With The Detecting

It’s completely ok to be paranoid in situations where you feel you’re being watched. Some of you may go to great lengths to ensure there’s no surveillance of any kind in your hotel rooms, apartments, etc.

This is where an anti-spy detector comes into place. These are being sold on Amazon if you want to take a look. These devices accurately catch RF waves and are adept at signal detection. This makes them a good addition in your arsenal to not only catch hidden cameras but other suspicious audio or a GPS tracking device with ease.

The company that sells this device are having good reviews & have recently upgraded their product to the consumer demands. Using this device will help you locate a spying/tracking device in minutes so it’s a good investment to consider.

Why is it important to locate these hidden cameras?

No one likes being watched, and unless it doesn’t concern you it is completely okay to make sure you stay in an environment that is surveillance-free. Also, it should be noted that just because you found a hidden camera, it doesn’t give you a freehand to just remove it.

Doing so can result in you being subjected to various laws & regulations in place depending on which state you’re in. However one can always opt to not stay in a place where he has detected a hidden camera.

A hidden camera can be found in –

It is perhaps no surprise that hidden cams can be found in rented apartments. A landlord may want to spy on his tenants and can use surveillance cams anywhere around the house.

This may be because he/she wants to make sure that his property is being used legally by the tenants & the rules are being followed religiously. But if you do find such kind of cam anywhere inside your apartment you have the right to not stay or ask your landlord to discard the camera.

Lesson Learnt – Stay safe and rent out an apartment that respects your privacy and doesn’t spy on you.

Hotel rooms have often been used for a lot of nefarious activities by people in the past. So there’s no surprise that hotel rooms are a hotbed for spy cams. That doesn’t mean all hotels do this as the majority of them don’t. Besides you can make your own inspections on your rooms based on the tips we gave you to check for any of them.

You’ll be surprised to know that spy cams in hotel rooms can be anywhere, right from a smoke detector to even a ceiling fan! Nowadays spy cams are being used to monitor Airbnb houses as well by their homeowners.

While removing cams can be difficult, you can always monitor your rooms to make sure you’re in a surveillance-free zone. On discovery of any such cams, it is fine to confront your homeowner/hotel manager to ask for a spy free room or apartment.

While spy cams are casually used in rooms they are also planted in bathroom/locker rooms etc in places that invade your privacy. In this case, you have complete right to contact legal authorities as these are the places where these cameras shouldn’t be there.